Nowadays world music day has become a major part of almost every country.It is celebrated all over the world on 21st of June every year. Let us start with the definition of music. Music may be defined as  a form of art, an expression of emotions through variable harmonic frequencies. Another way that defines music includes people singing with their voices along with musical instruments, such as the piano, guitar, drums or violin. The word music comes from the Greek word (mousike), which means “(art) of the Muses”.

The musicians from all over the world assemble together on 21st of June to rejoice the day. The people of every country celebrate the day in their own ways. Various functions and parties are organized in colleges, private sector and at local level.

In actual, this day was celebrated in France in 1982. The day was initially used to celebrated as a music festival under the name “Fete de la Musique”. But, after that it got the recognition as the international holiday.

It is supposed that there used to be an American musician named as Joel Cohen and he proposed that the beginning of summer solstice must be celebrated as a night party. Since that day, people begin to celebrate the 21st June as World Music Day.

All in all, almost 120 countries take part in the celebrations including Germany, China, Australia, Britain and many more. The eternal traditions of music vary in every country therefore the way to celebrate the day cannot be the same throughout the whole world.

Kindly share your wishes, experience and valuable suggestions with us by leaving a quick remark in the comment section below. It will be highly appreciated, Thank You!. 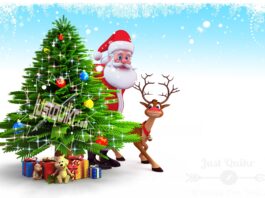