National Science Day In India : 28 February each year is celebrated as  National Science Day in India . On this day (28th February) Indian physicist Sir Chandrasekhara Venkata Raman made the discovery of the Raman effect (the phenomenon of scattering of light) at the Indian Association for the Cultivation of Science in Kolkata. After two years in 1930 ,  Due to this great discovery  CV Raman was honored and awarded with the Nobel Prize in the Physics. This was the first Nobel Prize for India in the field of Science.

8th of February, 1928 was the eminent day in India. On this day the famous Indian physicist, Sir Chandrasekhara Venkata Raman (CV Raman)+++ made discovery of a phenomenon of scattering of photons which was later known as ‘Raman Effect’ after his name . He was first one in the science, who had made such an significant research in india. To commemorate and honor this event  in coming future, the National Council for Science and Technology Communication (NCSTC) declared 28th February as National Science day from the year 1986 onwards. 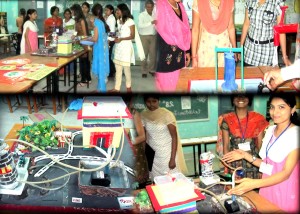 On this day oration is given by the minister of science and technology to give a note to the students, scientists, researchers and common people of the nation.

As per exams like bank , ssc , upsc questions on themes are every time asked. Let us have a look on themes of national science day.

Please share your experience or any suggestion with us by leaving a quick comment below. Thank You for this Humble Act!.

If you like this Page, then feel free to share this information with/ within your family friends, Colleagues and relatives.