Halloween Pumpkin Carving Ideas for 4 & 6 Years Old: No matter what festival you are planning to celebrate, the ecstatic expressions will be witnessed on the faces of the kids in the family. They are the ones who get receive immense fun and happiness from festivals. To add more to the joy of 4 years old kids to celebrate the Halloween, we are providing here some must-try pumpkin carving ideas. You are about to have your best Halloween ever with these tricks. 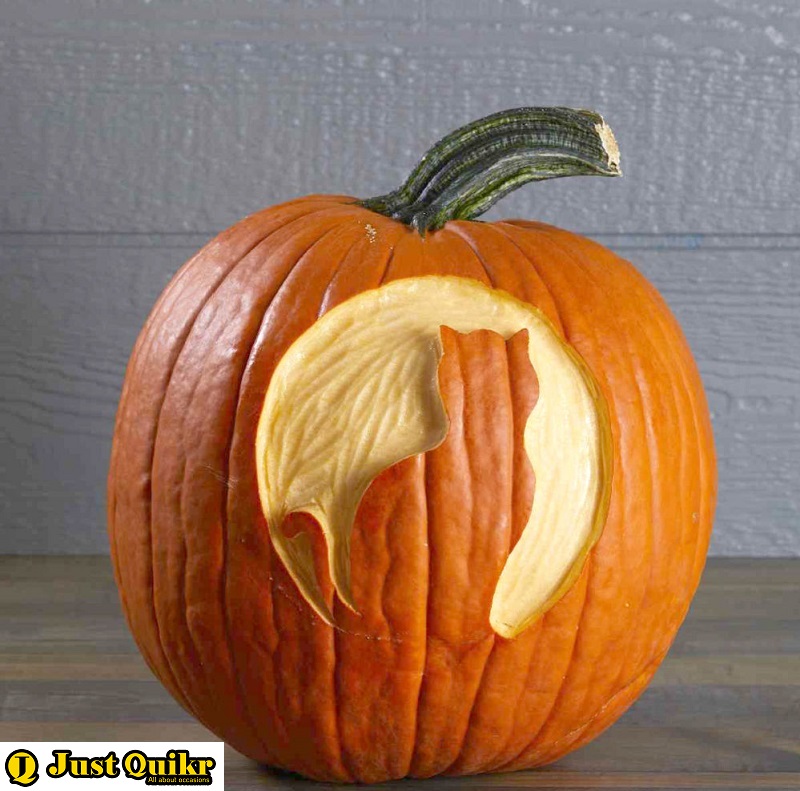 Hand over pumpkin to your kid with some watercolours as well. Encourage the kid to draw any pattern or design that enthuses them on the pumpkin surface. Once done, render the painted pumpkin with some props such as sunglasses, a hat, or any other stuff.

Don’t fidget. You don’t need to feed any pumpkin here. All you have to do is carve a face on the pumpkin boasting sharp teeth with the mouth of the face open. Place vegetables like bottle gourd inside the mouth with the half of the vegetable hanging outside the mouth.

After taking out the seeds and the pulp from inside the pumpkin, take a sharp knife on the pumpkin and sculpt a funny face on the pumpkin with a broad grin. Ensure that you carve the teeth as well of the pumpkin to add further to the humour.

The Pumpkin that Never Lies:

Once you are done carving a face on the pumpkin, render it with some accessories that resemble the traits of a solicitor. Do not forget to hand over some law books to your advocate.

Pumpkin Carving Ideas for 6 Years Old: The tradition of playing tricks and indulging in pumpkin carving on the Halloween is not new. People resort to different carving ideas to make their pumpkin look enthralling. But, not all the pumpkin carving ideas are safe for kids as pumpkin carving involves sharp tools that are used to sculpt the pumpkin. Kids are required to be under apt guidance while they make merry with the pumpkins and other things. To make the mild jolting task of pumpkin carvings for six years old kids as easy as falling off a log, and ensure that they are always on the safe side, we are providing here some easy pumpkin tricks to make your Halloween the coolest so far.

Assist your kid in removing the seeds from inside the pumpkin. Once done, you can carve out different shapes from the remaining pumpkin shell.

Instead of having a large pumpkin, garb many small pumpkins and pain them all with lively colours and beautiful patterns. You can also paste some sparkling paraphernalia.

Have Some Pumpkin Laughter:

After removing the inside material of the pumpkin, help your kid to carve funny laughter on the surface of the pumpkin. To make it more fun, you can add other sorts of accessories as well.

Your six years old kid is likely to be a fan of fancy dress events. Give some props to the kid so that they can use them to dress up their pumpkin in their unique way. It will enhance the creativity of your kid.

Indulge in Trick or Treat:

Kids love playing tricks on others on the Halloween. Once you are done removing the seeds from the pumpkin, cut the pumpkin in half. Half of the pumpkin can be used as headgear by your kid.

Disguise pumpkin will be a great idea for your 6 and 4 years old naughty little ones. To make the disguised pumpkin, apart from two well-shaped pumpkins you will need to have two apples, two sweet potatoes and two radishes. The rest of the steps are so easy. Take out the pumpkin and cut a small hole on the bottom side of it.

Scoop out all the pulps inside it and place the pumpkin piece back. Repeat the same with the second pumpkin. Now take the apples and cut them into two. Then repeat it with sweet potato. Carve the inside of the apple, so that the sweet potato can be placed inside. Cut it symmetrically so that it can make two beautiful eyes.

Yes! We are using them for our eyes. Now first place the apple pieces in the place of eyes. Stick them with two toothpicks. Now place the sweet potato piece inside the apple piece. Here is the best part; the disguised nose. The radish is cleaned well and is glued on the pumpkin as a long nose. Place the two carved pumpkins in a good spot in your house, so they can make everyone laugh.

If your little kids are so fond of the sky and space-related stuff, spaceship pumpkin can be a perfect pick for them. After all the age between four and six can be the time when a person develops his curiosity and dreams. So let them go after finding the things that fascinate them. For making space ship you may need two pumpkins or about two and a half pumpkins.

First of all, take a large pumpkin of oval shape and carve small rounds around it in a single line. Make the circles near the stem, so that they can appear in the top part of the spaceship. The next step is to cut out a small door in it. While cutting it, you can also clean its inside and remove all the seeds. Now take a second pumpkin and cut a ring out of it. Stick the ring around the spaceship. Remove the parts of the ring from the door side. So that it looks like an incomplete around the spaceship.

The next step is to make a stand like structure out of the second pumpkin. Make sure the stand has four small legs to keep the rocket to the surface. Attach two small led bulbs to the inside of the stand and it makes spaceship look like it’s set off. Place a small white pumpkin with eyes and nose along with two antennas in the head at the door, to replicate the astronaut figure. The antenna can be made out of small metal wires and can paint it with a colour of your choice. Spacecraft is ready to display.